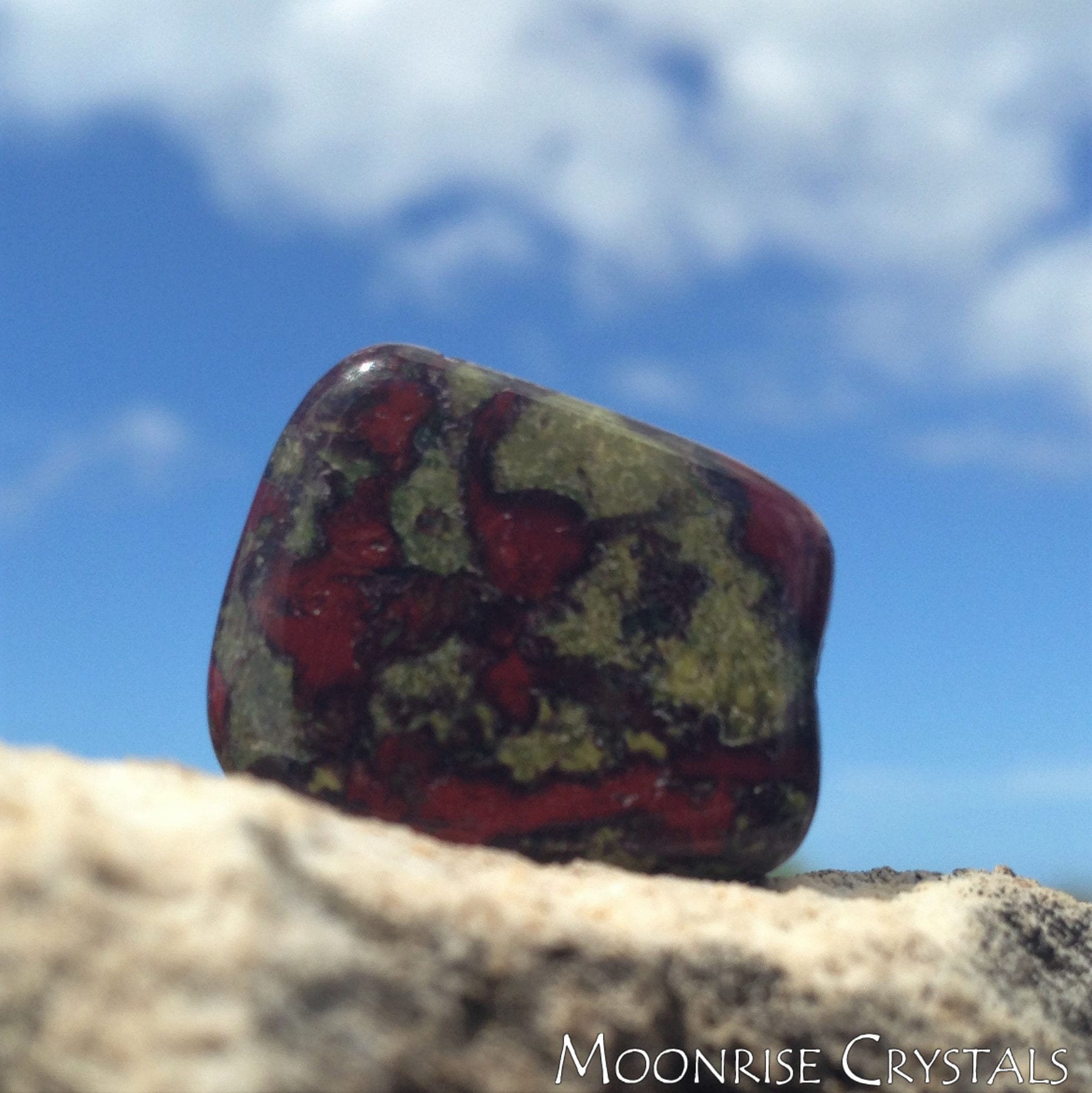 At Moonrise Crystals we believe that there’s a crystal for every person and every situation. This Dragonstone was gifted to a very special person. They were nominated by someone who loves them very much.

She put everyone else first.  She works with women and children that have been sexually and physically abused.  She hates to see suffering.  She spends her time with strangers, acknowledging their pain and helping them heal.  She swallowed her own hurt and ignored her own aching heart.  She put her husband and child first.  She’s been told that that’s what a good wife, a good mother, a good woman does.  She rationalized it.  Her husband only hurts her verbal and emotionally.  How can she complain about mental abuse knowing how much worse it’s been for others?  And so the years passed.  She gave him second chances, third chances, fourth chances, a hundred chances.  She’s forgiven a thousand times.  She’s hoped and she’s given up hope and she’s hoped again.  Intellectually she knew that she deserved better, but she loved him and so she stayed and kept putting him first.

Her longtime friend has been waiting for this day for years.  She knows how huge this decision is and how scary.  She wants to give her every bit of magic and support the world can offer.  She wants her to break free, heal, and be happy.

Dragonstone ignites a powerful courage and strength for the momentous moments in our lives.  It loudly proclaims to the earth and all the heavens that We Are Worthy.  It fiercely insists that we deserve a better life and that the power to create it is in our own hands.  Dragonstone urges us to be wise and to be willing to do the hard work even if it scares us almost to death.   It reminds us that we are not alone and that strangers all over the world, even those who have never met us or heard our story, are praying for our happiness and wanting us to be bold.  Dragonstone lights a fire under us, pushing us to improve our situation.  It gives us self-confidence and helps us to manifest a successful outcome for ourselves. Dragonstone hold us tenderly when grief and sadness overwhelms us and gives us permission to cry and honestly embrace all of our complex emotions.  It compassionately empowers us to keep following our true path, even though it is complex and filled with scary unknowns.  Dragonstone gives us patience for the long road.  It celebrates us when we grow and promises us that the future is bright.  Dragonstone has a very kind energy that teaches us that it’s okay to put ourselves first.