Where does Moonstone come from?

Most of the Moonstones on the market come from India, Madagascar and Sri Lanka.  Other notable deposits are in Australia, Austria, Mexico, Switzerland, and the United States

What is a Moonstone?

Moonstone is a name used to describe a variety of Feldspar minerals which show a white, silver or rainbow iridescence.  Most Moonstones are Orthoclase, Anorthoclase, Oligoclae or Adularia.  Feldspars are a type of silicate minerals.  Silicate minerals form the largest family of minerals, including more than 25% of all known minerals and 40% of all common minerals. In addition to being a major part of the Earth’s crust, Silicate minerals have also been found on the moon and in meteorites. Silicates are minerals which contain the elements Silicon (a light gray shiny metal) and Oxygen (a colorless gas). Together, these two elements form a tetrahedron – a shape similar to a pyramid – with a Silicon atom in the center and Oxygen atoms at each of the four corners. These tetrahedra connect with other chemical structures, in six different ways, to form various minerals and rocks. There are six main groups of Silicate minerals, and these main groups are further subdivided into secondary subdivisions, such as Quartz and Feldspar. The Feldspar family includes the various minerals that make up Moonstones and Sunstones, as well as other shimmery stones like Amazonite and Labradorite.

How is Moonstone formed? 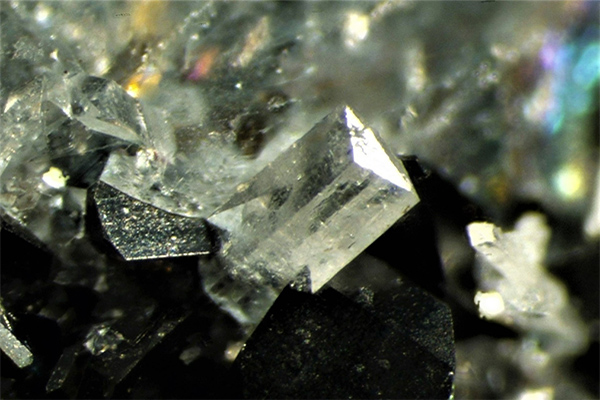 Moonstone can be formed through igneous, sedimentary, or metamorphic processes. Its most famous feature is an iridescence which may be white, blue, or a full rainbow. This shimmer is called the “schiller effect” and is caused by tiny layers of various Feldspar minerals (most notably Albite) which are laid down during the crystallization process.

How is Moonstone mined?

Moonstones are typically mined at their primary deposits which still have their original relationship with the host rock. Most of the Rainbow Moonstone come from artisanal miners working small shafts dug out by hand.

How to identify Moonstone minerals?

Moonstones have a natural iridescence that is enhanced by cutting and polishing.