Published July 2014  •  Updated June 2022  •  Read Time: 8 minutes
Shiva Lingams are holy stones that honor the god Shiva, He who creates, protects and destroys the universe.  Lingams are phallic symbols that celebrate sacred masculine energy.  Shiva Lingams come from India where they are venerated by the Hindu population.  These stones are also highly prized by crystal healers from many different faith traditions.  Most Shiva Lingams are tan or reddish-brown.  They may have a solid color or have rings or stripes, but they are always oblong in shape. When naturally found in this shape, the stones are called swayambus, which is a Sanskrit word meaning “self-manifesting.”  Most Shiva Lingams are river rocks that are hand-polished into oblongs.  Shiva Lingam is a powerful healing crystal that is aligned to all chakras, all zodiac signs, all elements and all numbers.  It is a fantastic stone for anyone exploring divine energy, sacred masculine energy or holy sex.

Shiva Lingam brings us into full balance and empowerment, connecting us directly with both the Divine outside of us and the Divine within us. It resonates with the Sacred Masculine and the Divine Feminine principles, helping us to see this energy in ourselves as well as in others. It is a powerful Tantric stone, teaching us how to use our sexuality as a form of prayer and creative energy. It helps us to explore and release outdated notions of sin and shame, allowing us to live and love joyfully. Shiva Lingam reveals that the Light and Shadow sides of ourselves are just two aspects of a great, complex whole. It activates the Kundalini energy, raising our vibration skyward, while simultaneously grounding us. When used in meditation it brings both a deep feeling of peace and as well as a song of ecstatic joy.

Shiva Lingam is a wonderful stone for connection and non-judgement. It helps us to see each person we encounter as a beautiful, vibrant, and essential part of Creation. Shiva Lingam encourages us to deeply connect with others and to form powerful bonds of friendship, love, and loyalty. Shiva Lingam helps us to remember that we are never truly alone, and even if we are far from our loved ones, that our love remains an unbreakable bond. Shiva Lingam is an excellent stone for romantic partners, helping us to keep our passion fiery and our hearts warm and gentle with each other.

Shiva Lingam breaks apart any self-limiting beliefs and patterns that hold us back from joy and peace. It laughingly chides us for believing any “stories” we may have about our own imperfections. It reminds us instead that we are beautiful beyond measure and capable of incredible deeds. Shiva Lingam invites us to actively question any thoughts which separate us from others, particularly thoughts based on the dichotomy of good/evil or purity/sin. Shiva Lingam opens our minds to receive increasingly powerful levels of knowledge and wisdom, thereby allowing us to transform ourselves in a myriad of ways.

Shiva Lingam is highly recommended for exploring tantric sex and other high vibrational forms of sexuality.  It reminds us that our body is a temple and that pleasure is a form of worship.  It asks us to be priests and priestesses, giving and receiving pleasure and knowing it is a blessing.  It teaches us that our body can help us reach true ecstasy.  This is not just a physical or emotional feeling, but rather both of those together transforming into a truly spiritual experience.  Shive Lingam removes shame and embarrassment and makes it easier for us to talk about what we like or dislike sexually.  When used by a couple, it can bring the individuals closer together, making two people into one, for that moment in time.  Shiva Lingam is also believe to be an especially potent fertility stone and is often placed by, or under, the bed of a couple wishing to conceive.

Buy Shiva Lingam or Crystals with a Similar Energy

Where does Shiva Lingam come from?

Shiva Lingams are found exclusively in India.  The main source for these stones is the Narmada River, which is located in central India.

According to reports, Shiva Lingams are gathered for one day only each year, at the beginning of the monsoon season when the Narmada River is at its lowest level. The stones are taken near the mouth of the Narmada River, about 300 miles north of Mumbai. Local villagers who have the requisite “ancestral rights” go into the river and haul out the river rocks by hand or with the help of their oxen. Some of the Shiva Lingams have a natural oblong shape, but if they aren’t quite right, they will be shaped using hand-tools. The stones are then polished and coated with a mixture of wax, mud, herbs and oils, to bring out the color of the markings and gives the stones a soft glow. The Shiva Lingams are then sold to stone merchants, who sell them locally for veneration purposes and abroad, mainly to collectors. The stones can range in size from little tiny ones, less than in inch in size, to huge boulders 10+ feet in length.

Shiva Lingam is not a mineral, but rather a rock. An easy way to understand the difference is that rocks are like cookies and minerals are ingredients like flour or sugar. Many different minerals are used to create a rock! In the case of Shiva Lingam, the rock is largely composed of opaque cryptocrystalline quartz (making it similar to Chalcedony, Agates and true Jaspers) combined with a variety of trace minerals such as Iron (possibly from an Iron meteorite) and Goethite. It may also include Basalt, a fine-grained dark igneous rock, closely related to Obsidian.

Shiva Lingam’s energy works well with its family – other Sedimentary rocks.  Try it in combination with Septarian Nodule and Stromatolite.

Shiva Lingams have been venerated as a Holy Stone for thousands of years, and as such it is difficult to find purely-scientific information about its origins. It has been suggested that the stone comes from a vein of sedimentary rock composed of layers of medium-grey and ocher-red colored materials, which is unique to the Narmada River region. According to most sources, Shiva Lingams were formed after a meteorite hit the region 14 millions years ago. Supposedly, the heat and power of the impact fused the local stones together with the meteorite material. The newly formed rocks were then tumbled in the river and over time took on their distinctive oblong shape.  However, Shiva Lingams can also form as stalagmites in caves.

Shiva Lingam’s energy works well with its “friends” – crystal associates formed in the same geological environment – in this case, river rocks.  Try it in combination with Gray Agate and Ruby Shiva Lingam is a holy stone worshiped in traditions that date back thousands of years. It is a sacred symbol of Lord Shiva, the Transformer and the Destroyer, one of the most important, and perhaps the most complex, of the Hindu deities. In iconography, he is usually depicted as a blue-skinned masculine deity with an all-knowing third eye on his forehead. Shiva, along with his beautiful Goddess-wife, Parvati, are the source of “Shakti” or power, a great cosmic force that flows throughout the universe. Shakti is intimately tied to the act of creation itself, and as such is a powerful symbol of sacred sexuality. The word Shakti is sometimes used to describe purely female power, in the sense of women as the creators of life. However, it is also any creation involving both male and female aspects. The word “lingam” is often translated as penis, but in essence it is better described as the “Sacred Masculine.” Similarly, the word “yoni” which may translate into womb or vagina, is more accurately the “Divine Feminine.” Together, Shiv Shakti, with their lingam and yoni, represent the dance of the cosmic creative force.

The Shiva Lingam stone is a perfect fusion of the male and female Shiv Shakti energies. The solid egg-shape represents the male energy of Shiva and the space that existed before the Universe was born, which holds the Universe now, and will exist after the Universe is gone. The male aspect represents knowledge and permanence. The colored markings on the stone represent the female energy of the Goddess. Each stone has its own unique markings, just as each life has its own unique journey. The female aspect represents wisdom and change. Together, they evoke pure balance and harmony.

Most Shiva Lingam come from in the Narmada River, one of the 7 sacred sites in India.  According to Hindu tradition, a pilgrim who washes in the sacred Ganges River the water will take away all of their sins, but if a pilgrim so much as glimpses the Narmada River, all one’s sins will be forgiven. Narmada translates from Sanskrit to mean, “the giver of pleasure.”

The stone found within the Narmada River have a number of different creation stories. According to one myth, Lord Shiva created the stones while destroying the wicked city of Tripura. His arrows rained down on the Earth and one of them fell in the Narmada River, splitting into many pieces and becoming river rocks. Because they were created by Shiva himself, they carried his Divine presence within them. In another myth, the first Shiva Lingam was a present from Shiva to his loyal devotee, the demon-king Bana. Bana had incurred the wrath of the other gods because of his wicked ways, but Shiva honored him anyway, and so this stone is sometimes called “Bana Lingam” rather than Shiva Lingam. In yet another myth, the Goddess Parvati personally shaped the first Shiva Lingam out of sand as a sign of her great love and devotion to her divine husband.

Many Hindu households, as well as temples, have a Shiva Lingam on an altar. They may be decorated with fresh flowers, bathed in incense and ghee (clarified butter), sung to with sacred songs and chants, and used as a focus during meditation. Natural Shiva Lingams are viewed as physical representations of the God himself, and very different than a carving created by a human. A statue has to be consecrated in order to be holy, while a Shiva Lingam stone is inherently holy. The most sacred Shiva Lingams are called swayambus, Sanskrit for “self manifesting,” meaning that they were naturally oblong and were not shaped by human hands, but rather by the god himself. 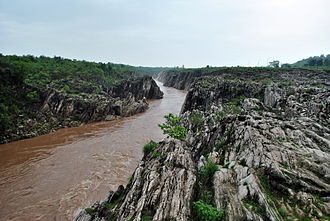